Cassels Brock & Blackwell was the top mergers and acquisitions (M&A) legal adviser in the metals & mining sector for H1 2022 by both value and volume, according to the latest Legal Advisers League Table by GlobalData. Based on its Financial Deals Database, the leading data and analytics company has revealed that Cassels Brock & Blackwell achieved this leading position by advising on eight deals worth $8.3 billion.

According to GlobalData’s report, ‘Global and Metals & Mining M&A Report Legal Adviser League Tables H1 2022’, a total of 660 M&A deals worth $30.1 billion were announced in the region during H1 2022. 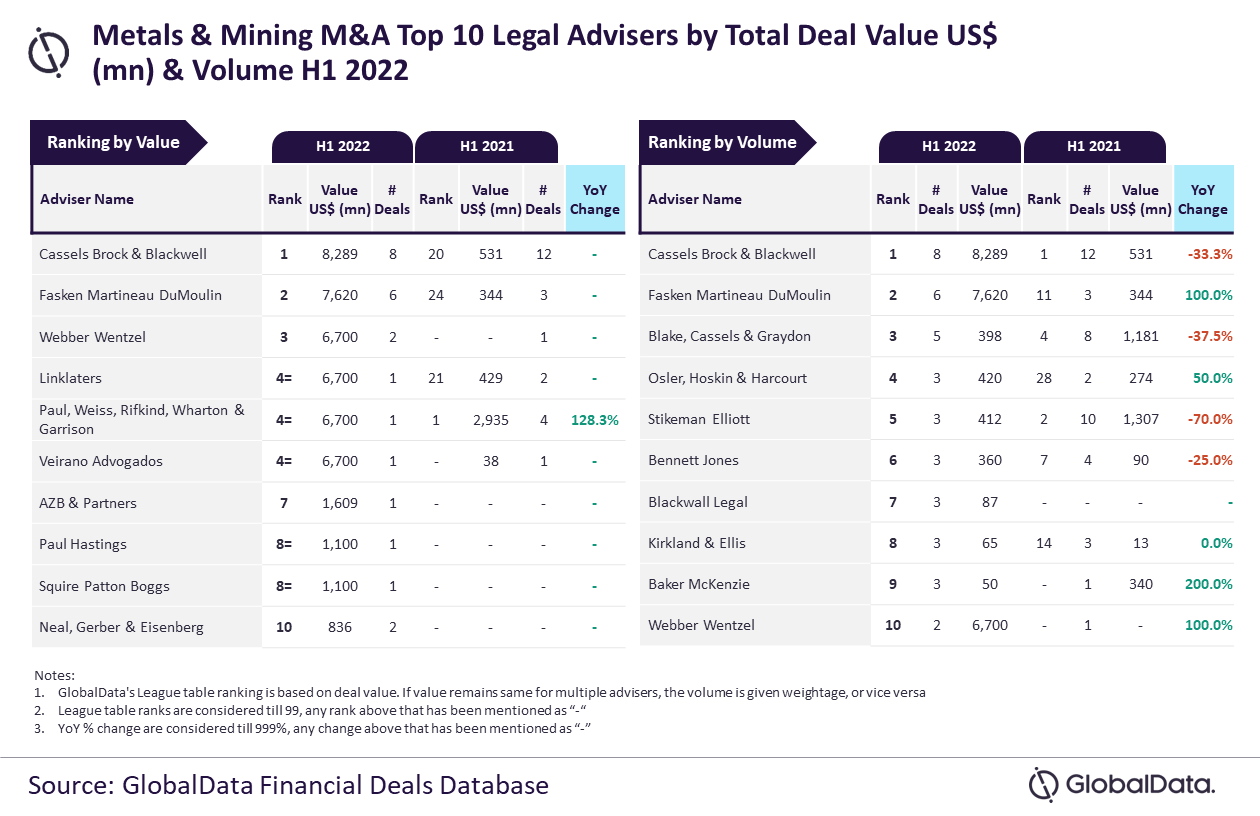