BRITS are being warned to brace for an invasion of sugar-crazed wasps set to swarm the end of summer.

This year’s wasp season could be one of the worst in recent memory due to the scorching summer heatwave.

The insect’s typical late-summer surge is expected to be back with a bang this year thanks to soaring temperatures and toasty conditions.

Numbers of the detested stingers fluctuate year on year as the weather can dictate their survival through the springtime.

Wasps tend to build their nests during the spring in trees, attics – and even underground.

Bad weather and heavy storms can ruin their hard work and limit the insect’s chance of surviving into the warmer months ahead. 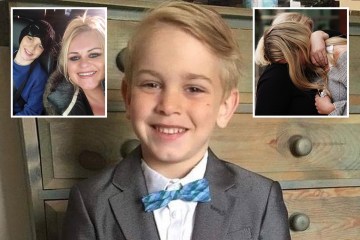 But Britain’s sweltering temperatures combined with a severe lack of rainfall has led water companies to force a hosepipe ban on millions of households.

These conditions are the ideal environment for wasps to multiply, meaning Brits could face an alarming invasion as summer comes to a close.

During the later months, the hated insects become sugar-crazed as their larva grow into full sized wasps, meaning they need to find a new source of energy.

So your end of summer BBQ, full of prosecco, fizzy drinks and ice cream, are the perfect place for a fleet of wasps to fuel-up.

Expert bug exterminators are now saying the increase in wasp populations is already leading 2022 to be dubbed “the year of the wasp.”

“This year, we are doing between 10 to 12 interventions a day. Last year, we were at five,” said Sebastien Pommereul, the manager of the company Stop wasps – Stop pests, to BFMTV.

What to do if you get stung by a wasp

A wasp sting is a sure-fire way of putting a downer on your day at the beach or sunny picnic.

Wasps will typically only sting if they feel threatened, meaning the chances of getting attacked are much higher if you try and swat them away.

The stings are packed with venom, and some people can even suffer life-threatening allergic reactions.

If you are unlucky enough to get attacked, it is vital to immediately remove the stinger.

The sting can be scraped away from the skin using the edge of a credit card, or if you don’t have one to hand, you can use your fingernails.

But you should never use tweezers, as it can cause the venom to spread.

After removing the sting you should:

Most wasp stings, while painful and irritating, are dealt with fairly quickly.

But some people are allergic to wasp stings and they can cause them to go into anaphylactic shock, which requires urgent medical treatment.

Symptoms of anaphylaxis include: