Skip to content
After several delays, Tata Digital’s ‘super app’ Neu was launched on April 7 to coincide with the IPL, of which the Tata group was the title sponsor. Despite a marketing blitzkrieg, Tata Neu missed its first-month sales target by $50-70 million.

Also in this letter:
■ MeitY plans egaming policy to help firms grow, play by rules
■ Platforms can set up their own appeals body: Chandrasekhar
■ PolicyBazaar stock falls over 11% as founder sells shares in bulk 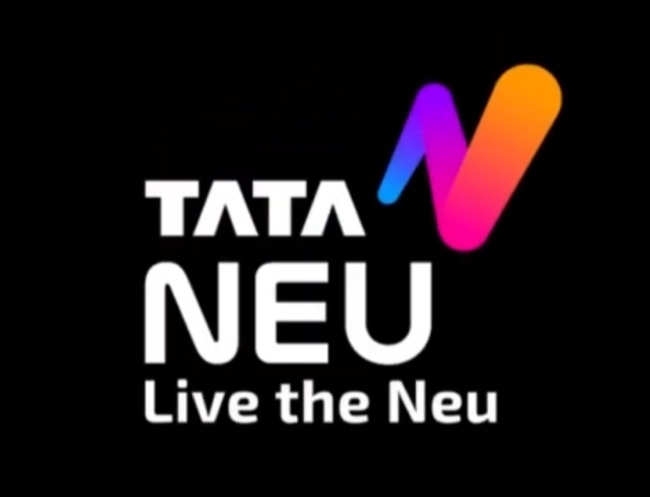 Tata Digital, which launched its super app Tata Neu during the Indian Premier League (IPL), is aiming to clock gross sales of around $2-2.5 billion in the first year, people briefed on the matter said.

Missed target: In its first month of operations since launching the app, Tata Neu has clocked gross sales in the range $120-$150 million, sources said.

This is lower than the internal target of $200 million in gross merchandise (GMV) value per month, the people added.

We reported in April that the Tata group’s top brass including Tata Sons executive chairman N Chandrasekaran and Tata Digital president Mukesh Bansal had talks with their top lieutenants on smoothening the shopping experience on the app, which was launched after multiple delays.

Diwali plans: Another person said Tata Neu will aggressively ramp up in time for the Diwali sales, during which large e-tailers such as Amazon and Flipkart generate a significant chunk of their annual sales.

This will be the first major festive sale for Tata Digital.

“It is a good start but considering the size and scale of the market I would have liked to see 40-50 million downloads. That could have been considered a much more successful number,” said Ashutosh Sharma, director of market research firm Forrester.

The government is developing a national framework for online gaming platforms, sources in the know told us. This is aimed at ensuring that these platforms are “effectively regulated” without impeding their growth, they added.

Driving the news: On Tuesday, the Ministry of Electronics and Information Technology held a meeting with nearly 40 online gaming platforms, including Galactus Funware Technology, which owns Mobile Premier League; Sporta Technologies, which owns Dream11; Nazara Technologies and others, as well as representative trade bodies such as the All India Gaming Federation.

“The idea is to support and facilitate the growth and expansion of all gaming platforms while also effectively regulating them. However, the regulations should not impede their growth,” a senior government official said.

Concerns: At the meeting, gaming platforms raised concerns about various regulations currently in place or being proposed by state governments. They sought a central regulatory framework that would be “stable and predictable” so that there are no sudden shocks to the industry.

“One of the major concerns raised in the meeting was the debate on skill versus chance. Most gaming platforms said that there were no uniform regulations or regulatory bodies which could decide on the issue. They also requested for changes to be made to the Gambling Act so that there is a clear interpretation of the law,” another official said.

Platforms can set up their own appeals body, says MoS Chandrasekhar

Social media intermediaries and internet platforms can set up their own self-regulated grievance appellate body in place of a government-backed committee, according to minister of state for electronics and information technology Rajeev Chandrasekhar, who said the centre is “open to such an idea.”

He said the government had to introduce the idea of a grievance appellate committee in its draft amendment to the Information Technology Rules 2021 – released on Monday – as citizens currently don’t have a way to appeal against the decisions of social media intermediaries and other large tech platforms.

“It is our thinking that if the industry and these platforms come up with their own self-regulatory, self-redressal appellate mechanism, we are open to it. Today there is nothing,” Chandrasekhar told a select media briefing on Tuesday.

He added that any such industry-led committee could not be a replacement for the courts but could provide users with an additional avenue for grievance redressal.

Industry pushback: Despite the government’s assurance that there will be ample public consultation before the final rules are put in place, it is yet to placate several technology policies lobbies, some of which are calling for proposed changes to be withdrawn.

“MeitY will essentially be able to appoint itself to sit on top of social media platforms & decide what millions of Indians can or cannot say on their Facebook or Twitter profiles. This is being done with no transparency or accountability measures built into the Rules,” Internet Freedom Foundation, a tech policy, and cybersecurity group said in a statement on Twitter on Tuesday.

“For these (& several other reasons), we reiterate that @GoI_MeitY must withdraw the Rules in their entirety. The proposed amendment doesn’t address existing concerns,” it stated.

Shares of PolicyBazaar parent firm PB Fintech plunged 11.5% to close at Rs 582.90 apiece on Tuesday, 60% below its all-time high of Rs 1,470 in November. This was after the company informed stock exchanges late on Monday that cofounder Yashish Dahiya would sell up to 3.77 million shares on the open market.

Dahiya plans to sell the shares via bulk deals, PB Fintech said in the regulatory filing.

He will use the proceeds to pay current and future taxes, the company had said in the exchange filings. In February, Alok Bansal, another cofounder of PB Fintech, also sold 2.85 million shares for Rs 236 crore. 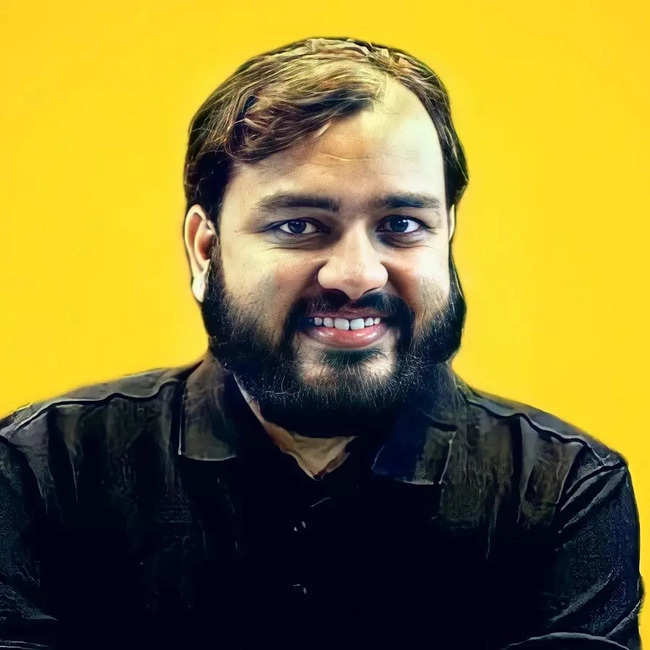 Also Read This News  Be Sure To Check Out Boyd Gaming Corporation (NYSE:BYD) Before It Goes Ex-Dividend & More Latest News 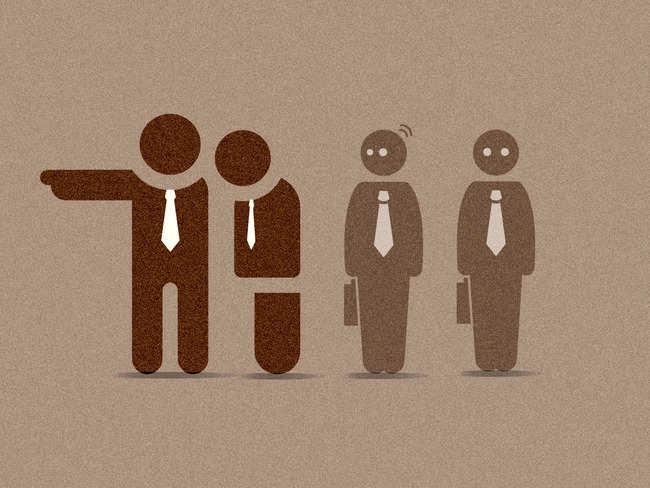 Gold loans provider Rupeek is the latest startup to lay off employees in what has been a turbulent 2022.

Driving the news: Sources told us the company has sacked almost 200 employees (10-15% of its workforce) as it looks to cut costs.

Rupeek’s founder and chief executive Sumit Maniyar announced the layoffs in a note to In a note to employees on Tuesday morning.

“Globally, all the emerging markets including India are facing an extraordinary situation that has been caused by rising inflation, a hike in US treasury rates, and the Russia-Ukraine war. The subdued macro economic environment has compelled us to re-calibrate our strategy, relook at our costs and make our organisation structure leaner, so as to support our sustenance and growth,” Maniyar said in the note.

Founded in 2015, Rupeek provides gold loans at consumers’ doorsteps. It operates in more than 35 cities, and claims to have disbursed loans worth over Rs 6,500 crore since inception.

The company raised $34 million in January in a round led by Lightbox. Other investors include GGV Capital, Binny Bansal and Bertelsmann India Investments.

Several prominent venture capital firms including Beenext, Sequoia and Y Combinator have warned their portfolio founders to prepare themselves for a ‘funding winter’. 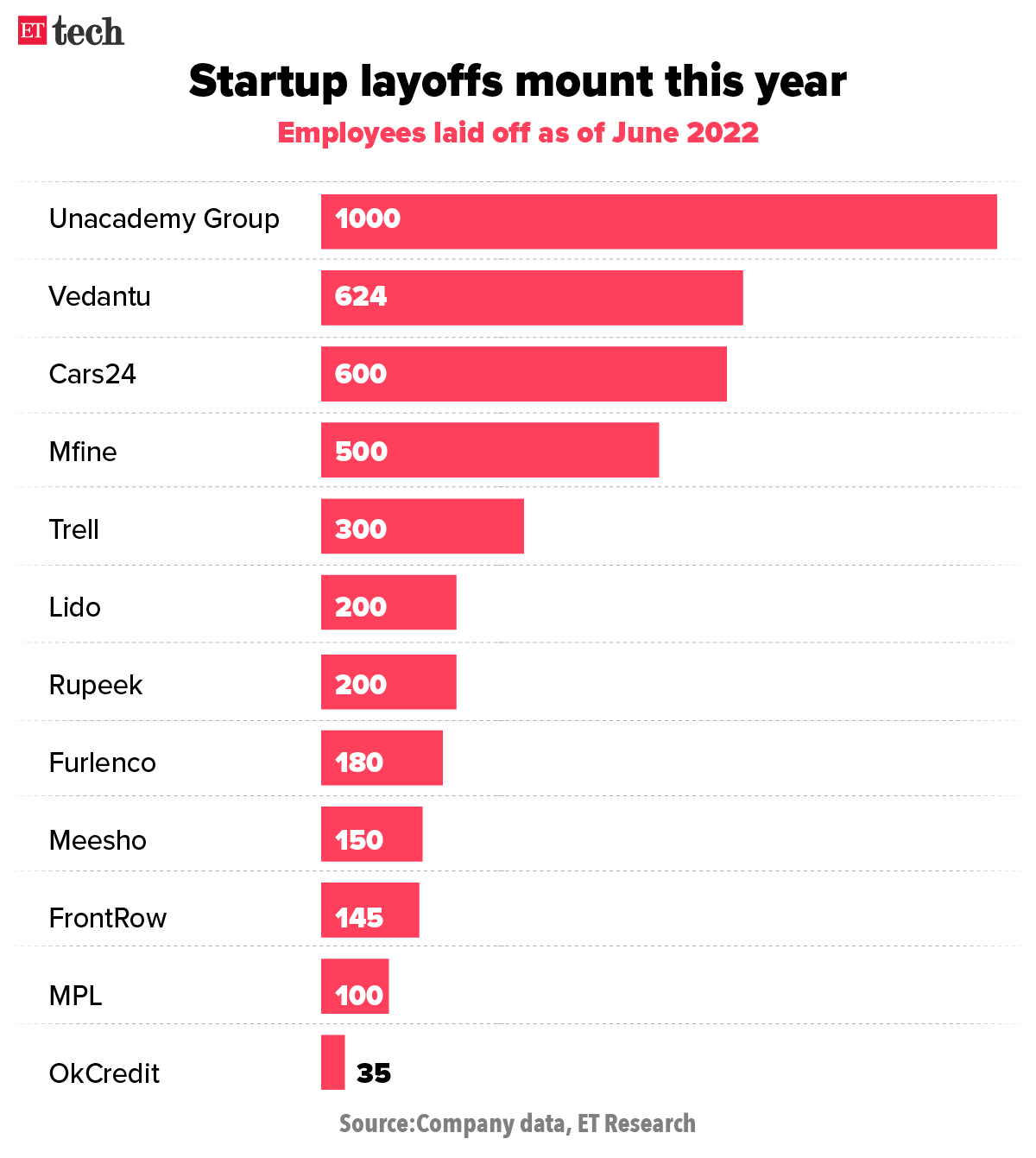 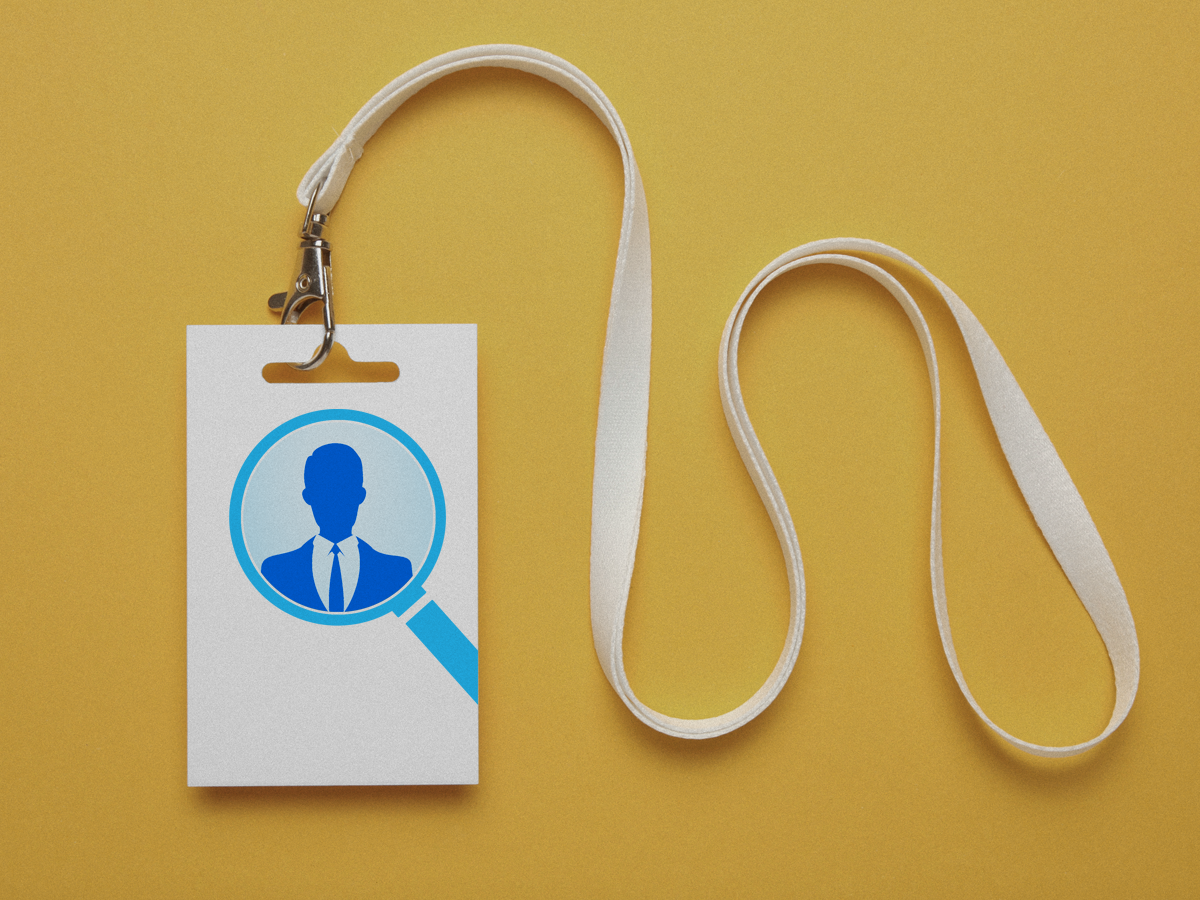 Companies the world over may be battling unprecedented attrition levels but staffing services providers are directly benefiting from this.

What’s happening? Two of India’s largest staffing firms — Quess Corp and Teamlease Services – say their double-digit revenue growth will continue in this fiscal year after they posted record numbers in the previous one.

“The revenue growth is sustainable as we have not seen any slowdown so far in the April-June quarter. We are 30% higher in terms of open mandates compared to the same period last year,” Guruprasad Srinivasan, chief executive of Quess Corp told us.

“The ‘great resignation’ definitely contributes to our growth. Quess’ selection business under workforce management vertical now clocks business worth usually done in a year within a quarter,” he said.

The active users on Quess’ job portal Monster.com more than doubled in the year to 14.6 million. It has been adding one million users every 45 days, which is also another example of benefiting from the ‘great resignation’, said Srinivasan. Monster.com clocked sales worth Rs 104 crore in the previous fiscal year.

Other Top Stories By Our Reporters

Global Picks We Are Reading

I have tried to give all kinds of news to all of you latest news today 2022 through this website and you are going to like all this news very much because all the news we always give in this news is always there. It is on trending topic and whatever the latest news was
it was always our effort to reach you that you keep getting the Electricity News, Degree News, Donate News, Bitcoin News, Trading News, Transfer News, Gaming News, Trending News, Digital Marketing, Telecom News, Beauty News, Banking News, Travel News, Health News, Claim News latest news and you always keep getting the information of news through us for free and also tell you people. Give that whatever information related to other types of news will be
made available to all of you so that you are always connected with the news, stay ahead in the matter and keep getting today news all types of news for free till today so that you can get the news by getting it. Always take two steps forward

All this news that I have made and shared for you people, you will like it very much and in it we keep bringing topics for you people like every time so that you keep getting news information like trending topics and you It is our goal to be able to get

all kinds of news without going through us so that we can reach you the latest and best news for free so that you can move ahead further by getting the information of that news together with you. Later on, we will continue

to give information about more today world news update types of latest news through posts on our website so that you always keep moving forward in that news and whatever kind of information will be there, it will definitely be conveyed to you people.

All this news that I have brought up to you or will be the most different and best news that you people are not going to get anywhere, along with the information Trending News, Breaking News, Health News, Science News, Sports News, Entertainment News, Technology News, Business News, World News of this news, you can get other types of news along with your country and city. You will be able to get information related to, as well as you will be able to get information about what is going on around you through us for free

so that you can make yourself a knowledgeable by getting complete information about your country and state and information about news. Whatever is being given through us, I have tried to bring it to you through other websites, which you may like

very much and if you like all this news, then definitely around you. Along with the people of India, keep sharing such news necessary to your loved ones, let all the news influence them and they can move forward two steps further.